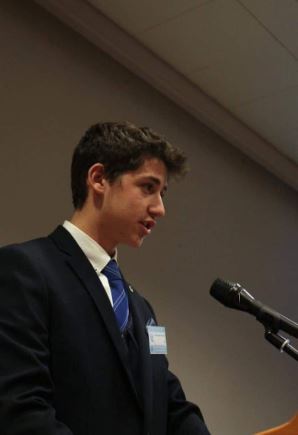 Michael Angelos is in his first  year of  civil engineering  and is interested in diplomacy, science and scouting . Over the years he has been keen on researching political ,military and historical affairs ,out of personal interest. Moreover ,he had the chance to view and investigate  cultural ,religious and social similarities ,differences  and categorisation of societies .He attended his first MUN conference in 2018 and he has experience as an ambassador ,chair,GA Secretary General and Executive member on both domestic and abroad conferences. He also had the honour of being a mentor and guide for M.U.N. classes for several years . In 2020  he was honoured to serve as Mskmun executive member,a position which he still serves  .He is delighted to see another one conference taking place,especially during such turbulent times that we live in  .  His ambitions about mskmun2023 conference aim to make the conference even greater ,promoting principles and ideal standards such as diplomacy ,awareness ,humanity and consciousness.He strongly recommends to each and everyone of you to win over  yourselves, and stay sharp .He wishes to everyone a fruitful experience.»